Just Another Day In Paradise

How I ended up going from having my heart broken by Brady to being married to Marcelo was beyond me.

Okay, it was a fake marriage. But still.

I had booked a cruise to get away for some desperately needed downtime, which ended up being the exact opposite of what I got. Instead, I was coaxed into working a case with Marcelo, which was what I had always wanted. Not so much having to deal with Marcelo, but being invited to work an undercover investigation.

The problem was, having to pretend to be Marcelo’s wife became more than I bargained for as emotions skyrocketed and I didn’t know how to tame them. Solving the case wasn’t the only thing on my mind. Now I needed to figure out how I was going to get off this ship with my heart intact. How could a person fall for someone when their heart was already broken?

This was Just Another Day In Paradise. 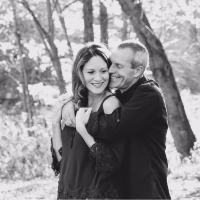 Looking for a lighthearted romantic mystery? Look No Further!

Get Your Copy Today!